Stanley Jolet was born and raised along Bayou Terrebonne in Houma, Louisiana. He has a B.S. in Chemistry from the College of Chemistry and Physics at Louisiana State University. He has been a professional chemist for 35 years, specializing in the analysis of trace metals using atomic absorption spectroscopy and inductively coupled argon plasmas which both utilize the properties of light. He started investigating the paranormal three years ago after his mom died, mainly focusing on the capturing of EVP phenomenon in an effort to communicate with her spirit. Utilizing  his chemical experience analyzing light waves, it was a natural transition for him to analyze the audio WAV files from his recorders using Audacity freeware. He has not only captured numerous voices at the places he has investigated, he has also been given information from the spirit world at one location in particular that contradicts the history of a suicide being a murder, instead. Because of the volume of data that he captured from many sites in Louisiana and his travels, both residual and intelligent voices, he decided to write a book to show the world that one does not need expensive equipment to communicate with the dead. Anyone, anytime, anywhere can contact their loved ones if they so desire from the technology presently available. Follow the results of Stanley's research in his non-fiction journal which borders on the realm of science-fiction. 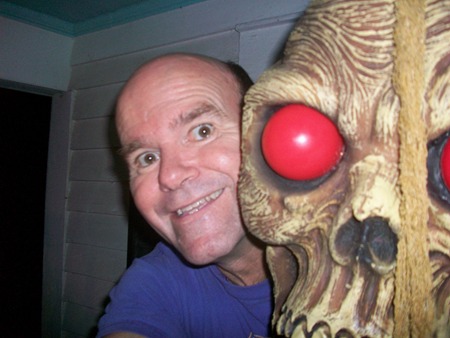