On 11/13/13, while looking around and investigating The Lighthouse Park at East End, Grand Cayman, Barbara had a freaky experience. While standing up top by the wall looking at some graves next to a monument, all of a sudden her left foot sank into the dirt and she said it bubbled like something was under her foot trying to come up to get her. She came to me as I was recording by the old lighthouse all freaked out and told me what had happened! On 11/16/13, we went back to take some pictures, and at the end of a spirit box session, as I was shutting down the camera, I captured this disembodied voice that said his name was Kola Embrian and for us to stay; play with him and  not to walk down. I wonder if he had anything to do with the earth moving beneath Barbara's feet? One of several paranormal experiences while on the island!Type your paragraph here.

We left the graveyard and went into the kitchen off the back porch of the main plantation house. I had planned to set up my digital camera in video mode, set the small fluorescent Coleman lamp on the table, and let the video run for a while to see what we would capture. Little did I know at the time that the sound portion of the video would be the most intriguing item ever captured on the camera.
After I set the camera up and pressed the record button, at the forty-three-second mark of the video, I picked up this wonderful, full-bodied woman's voice that wasn't Barbara's. Then at the 1:13-second mark of the video, I captured the same woman's voice, and what she said must have been residual. This voice is the purest, most wonderful EVP that I have ever captured. I copied and pasted the videos together so that the reader can hear the two phrases together.
Spirit: Moving like God! Choose all their slaves!

At the end of this EVP session, I had my head resting against the nameplate on the front of the tomb when I picked up these creepy, disembodied howls that seemed to emanate from the tomb. When I processed this session and heard these howls, it reminded me of the mythological three-headed dog, Cerberus, guarding the gates of the underworld so that wandering souls could not escape.

On 11/12/13 in the afternoon, Barbara and I visited Pedro St. James Castle on Grand Cayman. Our tour guide and friend, Leonardo Henry, told us that two years before, a teenager had drowned while diving off the cliffs on the shore 100 yards from the mansion. He said that a week later, another person dove off the same cliff and drowned, also! When I asked if there were any spirits of young boys here, a spirit in forward speech replied that he was back here, and in his reverse speech said he was the spirit of Just and the last name gets lost in the noise, but it may be Henry. The name of the boy that died was Justin Henry! Was he trying to communicate with me?Type your paragraph here. 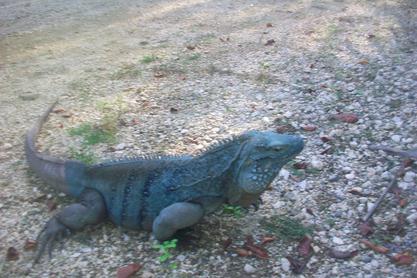 Yesterday was a bad day for catching fish down Pointe Aux Chene, but not for catching Spirit! Of course, I got bored and started ghost hunting. What's amazing about this video is that it is actually a disembodied voice captured on my Kodak M1063 in video mode. It wasn't me or my brother in law, Harold Chauvin, as we were the only two people within a mile on Island Road!

Spirit: They calling my mom! It sucks! — at Pointe Aux Chene.

On February 14,2012 I stayed overnight in The Captain's Quarters at the Woodland Plantation in Pointe a la Hache, LA .  I performed an ambient EVP with no FM scan and captured a Class A EVP that is one of the best EVPs that I have recorded, anywhere.  I asked Bradish Johnson to make his presence known and the spirit response is very compelling and relevant to the history of the house, since the family and the pirate, Jean Lafitte,  used to deal the slaves who lived in the 4 onsite dormitories .
Stan: Make your presence known!
Spirit: I don't feel I'm welcome here. I feel like they're going to kill me!

Two weeks later, on 8/27/11, I captured several ambient (no white noise) EVPs. The first is a man speaking of his sister. I find these types fascinating because if I had good hearing, I might hear disembodied voices like these at the time around me without having to wait and process the audio file when I get home. The background sound is cicadas singing their evening songs. It seems like the spirits use the insects' audio energy to express themselves! 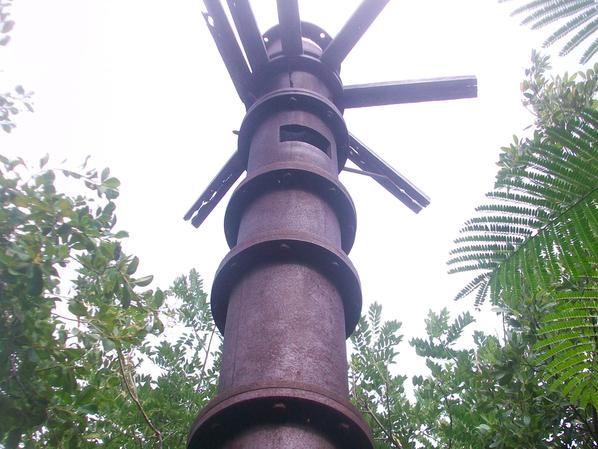 ITC disembodied voice on Vivitar DVR 510N infrared digital camera, Slave Quarters, Laurel Valley Plantation, Thibodaux, LA, 9/18/11, Sunday PM. I have so many captures of disembodied voices that I go through my data base and find the ones I haven't published until now. This sounds like the residual of a young black woman who likes it in Mississippi.

Every living thing has been granted the power, if it so desires, to seek an opening to freedom and go through it. It is evident to the seer who "sees" the opening, and to the creatures that go through it, that the Eagle has granted that gift in order to perpetuate awareness.    Carlos Castaneda,                        "The Eagles Gift"                       RT-EVP recording on 10/29/13 while alone upstairs at the Woodland Plantation in Pointe a la Hache, Louisiana. In an ambient recording after just pressing the record button, I captured this spirit bird's screech followed by a disembodied spirit voice telling me it was an eagle. I am humbled!

EVP captured at The Pirate's Caves, Boddentown, Grand Cayman on 11/14/13. While in the caves with my wife, Barbara, I captured this most amazing EVP. When I asked if there were any pirates, a clear voice replied it's Colonel Lafitte. The amazing part is that the reverse speech stated that he'd been arrested! The creepy part about this place is there is a makeshift grave with bones on top. The clerk at the ticket counter told me that the bones were real! After Hurricane Ivan flooded the island, the caskets from the graves across the street had popped up and the bones had floated across the street. Her uncle had gathered the bones and placed them on the grave display in the caves!

Disembodied voice captured with my Kodak M1063 digital camera, on 11/12/13 in the Queen Elizabeth II Botanical Gardens, Frank's Sound, Grand Cayman. While filming a pond near where we saw this blue iguana, I captured this disembodied voice. The spirit said that Nathan had stabbed iguana, and the reverse speech said that now he's glad he did!

On 11/19/14 after Snuba Diving on Pigeon Island in St. Lucia, West Indies, I walked by myself out on the pier near the dive site to get a video of Fort Leonard up on the bluffs. I captured this disembodied voice telling me an expletive after I started the video. Listen to your videos! You never know what you will hear! 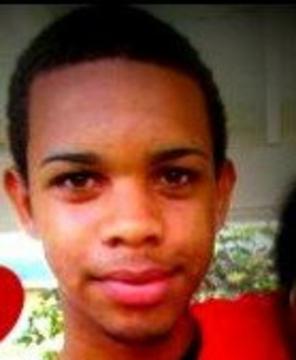 Disembodied voices captured with my Kodak M1063 digital camera in video mode on 3/6/13 in the "Captain's Quarters" of The Woodland Plantation in Pointe a la Hache, Louisiana. My assistant, Eric and I, were the only people in the room. I am hard of hearing, and I never hear spirits speaking unless it is when I'm processing EVP from my digital recorders or on a spirit box in real time. In this session, we both were hearing disembodied voices in the room. I noticed the initial female spirit saying "Ummmh" when I played back the video, but we both heard this gruff voice in the room as it occurred! We couldn't hear what he said at the time, but on playback with amplification, we realized how nasty he really was!

I had to do some safety training in Broussard on Halloween 2011 and decided to spend the night at TFrere's. I did some EVPs but didn't capture anything of significance. That night, I awoke around 3:00 AM and decided to put my IR camera on record to see if I could capture anything during the witching hour. As I lay back down, I wasn't sure if I had pushed the record button, so I threw back the covers and got out of bed to check. As I threw them back, I captured a disembodied voice on the video who said, "Your growing doom!" I amplified the voice on the video below. I'm still not sure what he was talking about. Perhaps one day I'll figure that one out. Made me wonder if maybe I have a disease somewhere.